Today, perimeter security (including bollards & anti-ram systems) is a major cause of concern for cities, government facilities and businesses. There has been a growing focus on protecting people from vehicle collisions with buildings, non-motorised vehicles and pedestrians. Such accidents jeopardise people and property.

Usually, gates, fences and walls are used as perimeter security measures; however, often, these are not appropriate because of the layout of the property. To ensure maximum security whilst maintaining easy access for pedestrians, many establishments make use of bollards as part of their perimeter security.

What is a Bollard?

A bollard is a short pillar that is embedded into the sidewalk or the street and acts as a protective barrier. Bollards have been used since the time of the Roman Empire and were originally made of stone or wood. They were originally used as barriers to protect pedestrians from horse-drawn vehicles. Today, we have steel bollards that help to guide traffic and also protect property, buildings and pedestrians from vehicular collisions.

There are various types of bollard. These include Anti-Ram Bollards, Fixed Bollards, Removable Bollards, Telescopic Bollards, Automatic / Automated Bollards along with many other.

Non-crash resistant bollards can be used for other purposes such as restricting unauthorised parking, direct traffic, add to the exterior of any place or building for aesthetics. They can also be used to cordon off sidewalks, alleys, bike trails, etc. to prevent vehicle access and collisions.

Anti-ram, crash resistant-bollards, as well as the anti-crash resistant ones, can be both retractable and removable. And, these bollards can be either retracted or removed mechanically or manually if required.

Bollards are a great means of ensuring perimeter security and help to prevent vehicles from having access to restricted areas, sidewalks or colliding with pedestrians and buildings. Some places where bollards are extensively used are:

Crash rated bollards are commonly used as a security measure for government and military facilities. Bollards help to restrict or prevent the entry of vehicles in certain high-security areas such as penal institutions, federal buildings, military and governmental facilities. Bollards allow the employees and personnel to have access to the area, but vehicle entry is restricted and the bollards can be retracted or removed to allow the access of authorized vehicles.

Crash rated bollards are commonly used to prevent collisions of vehicles with storefronts, which can cause property damage and injury to people around. While most storefront collisions are accidental, there are instances of intentional collisions. These include “crash and grab” thefts or “ram raids”, which can involve theft, terrorist attacks.

The most common use of bollards is to create a divider between bikes, pedestrians and cars. The bollards are also used to separate the roads from walkways and sidewalks so that the cars and pedestrians have separate areas and collisions can be prevented. Bollards are also used by traffic law to mark intersections and corners. This also includes parking lot bollards. Several businesses make use of bollards to block the entry of vehicles into private parking areas. They are also used in public areas to prevent vehicles restricted to non-motorised vehicles and pedestrians - such as playgrounds, parks, bike trails, schools, etc.

Fill up the form now to get a quote. 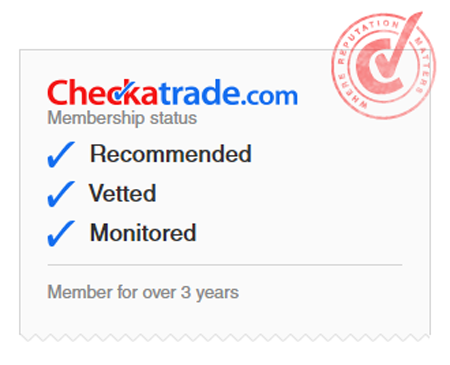